Here I have some photos depicting ponyplay and, in come instances, petplay from earlier times. As I mentioned in my article on the history of ponyplay, I don't have much information on the context of the photos, but they are at least interesting albeit somewhat tame compared to modern ponygirl photos.

Below you can see two ponygirls pulling a carriage while their driver holds a whip. The ponygirls appear to be from the Victorian era and the photo looks suitably aged, but who can really say. 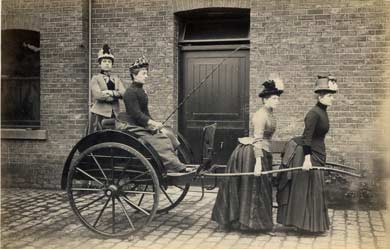 The photo below is of a "bear" being led by a leash attached to his nose ring. By the dress of his handler, it looks like this might have come from a circus...but this is a complete guess on my part. 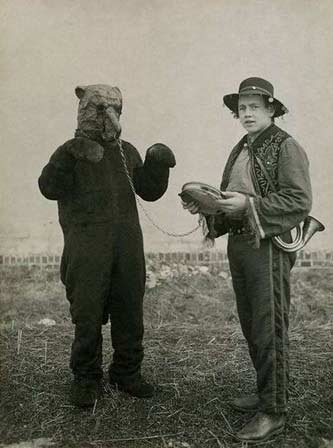 Both the "horses" in the photo below are humans (there is a bio-horse in the far background: look at the background just under the nose of the black "horse"). The pony in the white sheet (being ridden by the "soldier") actually has a cloth bit in his mouth. It looks like a long piece of cloth was used to fashion a bridle, bit and reins. The clowns make an interesting touch. I have absolutely no idea why they are all dressed like this. 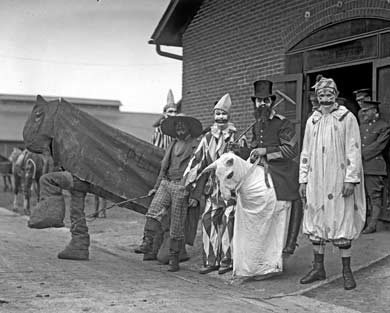