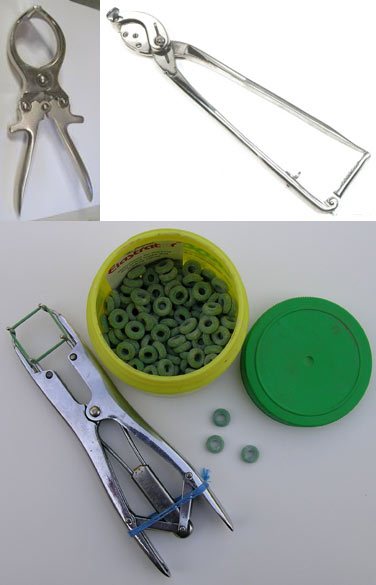 Before I start, I want to point out that I am talking about mock castration here. Since there are quite a few male ponies that identify as geldings, it is appropriate to discuss castrating your intact ponyboy so you have a nice more manageable gelding. Moreover, some male ponies may identify as ponygirls, or alternatively their owners or trainers may prefer to have a ponygirl, so gelding is a necessary step to complete this transformation.

Gelding, or castration play, will probably appeal mostly to those ponies that, like me, are forced into ponyplay. We are humans forced to become and act like equines (more about forced ponyplay versus equine role-play can be found here). Ponies forced into pony play will resist acting like equines, and it can be a challenge to make them submit. A ponyboy such as this is the perfect candidate for gelding.

The threat of being gelded is usually enough to make even the most disobedient ponies stand up straight and be model of the perfect equine. However, there are the occasional few ponies that need to be taken over to the barn and have a vet show them what's in store for them if they are not more manageable. Of course if they still don't know their place, then read on...

First you need to decide how you want to perform the gelding procedure. While you can certainly chemically castrate your pony, the most common way to castrate an equine is via bloodless scrotal castration, and so that is the method I will discuss here.

Gelding in ponyplay can be accomplished in one of three main ways. Below I offer a brief description of each of castration methods and the tool used. I describe each method in more detail on its own page.

Lead the pony over to a nice clean area where you will perform the castration. You can perform the gelding with the pony standing or lying down. Once you decide on this make sure you securely restrain the pony (i.e. all limbs, head, etc.) and use a spreader bar because odds are the pony will not be too happy when he realizes you plan to geld him. You may even want to have an additional handler available to assist in restraint.

Now with the pony securely restrained and legs spread, wash the scrotum thoroughly. The castration procedure will be very painful for the pony, so consider using some topical anesthetic such as a lidocaine based gel or cream.

If you have decided you use the elastrator, all you need to do is use the device to apply the elastic band to the base the scrotum. Once you have applied the elastic band, you can either keep the pony restrained until the testicles have died (recommended), or release the pony and simply wait.

Once you have completed the procedure (regardless of which method you choose), give your pony some time to rest and get over the acute pain. Then you can release your new gelding from the restraints and take him back to his stall pasture. You will to keep exercise relatively light for a while gradually increasing the length of each session until he is fully recovered.

Castration play is a great way to mess with your ponyboy. He'll never know for sure if this time his balls really are coming off for good. The threat of gelding is almost always effective, but only if you show your pony that you have the tools to do it.